Members’ news from the CEC newsletter 110:

CCP has, together with six other trade union organisations, created a common platform for trade union pluralism, a milestone achievement in the Spanish trade union history. This platform, initiated by CCP, aims at “uniting forces for the common objective to create a regeneration of the trade union landscape in Spain.

The current binary structure foreseen by the constitution has been challenged by the development of work statutes, namely the Law on trade union freedom and statute of public employment. The platform counts around 20 000 total delegated in public institutions and companies, representing houndreds of thousands of workers.

In total, Spain counts around 500 trade unions, but only 14 have more than 1000 delegates. “This fragmented reality does not correspond to the fact that only two trade unions take decisions on the whole of the working class, unemployed and pensioneers.”

The changes affecting the world of work and the transition to new sectors of work have been the subject of debate on the ILO centenary celebrations. Scholars and experts, including international ones, took part in the event, including the new president of APEC,  the French management agency now headed by a national CFE-CGC (French CEC member) delegate. The President of CIDA, Mario Mantovani, underlined how important it is to guarantee constant training, addressed to the entire workforce regardless of the duties performed and the professional sector to which they belong. In this way, it will be possible to face the problems concerning gender inequalities and, at the same time, respond effectively to new needs in the labor market.

Topics such as continuous training and professionalism represent objectives and values ​​always dear to CIDA, identifying them as essential components to face the radical revolution underway and open up to new working scenarios. 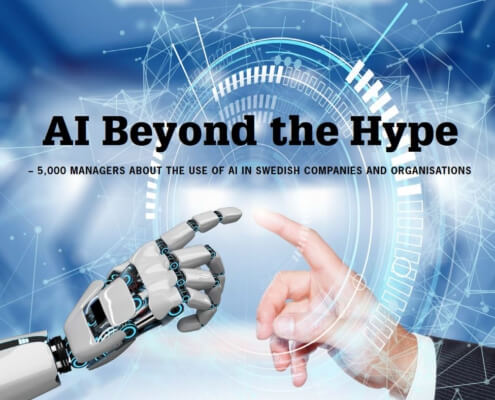 AI maturity at a low level according to Sweden’s managers

What is the situation regarding the use of AI in Swedish companies and organisations? Read Ledarna’s report “AI Beyond the Hype,” based on a comprehensive survey, in which 5,000 managers respond to this question. The report is one of the most comprehensive of its kind and provides a unique picture of AI development within Swedish companies and organisations. The results show not only what proportion of organisations are currently using AI, but also how far the transformation has actually progressed.

“On the question of what the biggest obstacle is for AI development in Swedish companies and organisations, 50% says lack of competence – and this is a clear result,” according to Andreas Miller, General Secretary, Ledarna.

The report: AI Beyond the Hype https://www.ledarna.se/om-ledarna/nyheter/rapporter/ai-bortom-hypen/ai-beyond-the-hype/ 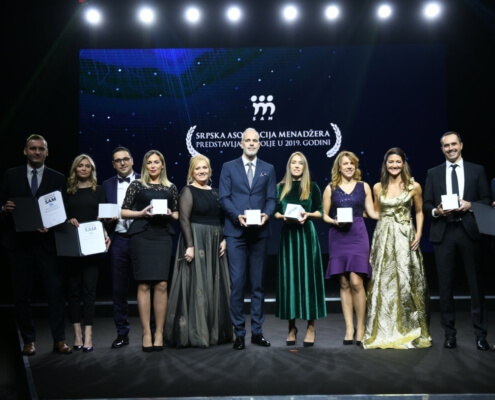 For the eighth year in a row, the Serbian Association of Managers (SAM) organized a Gala Evening to mark the „SAM 2019 ANNUAL AWARDS“. These prestigious awards are given to managers, companies, individuals and initiatives that are committed to professionalizing and promoting the management profession, improving business conditions, promoting ethical values, social responsibility and sustainability in business, as well as developing leadership among young people and by doing that improving the lives of all citizens in the region.

Three special prizes were given to companies who worked closely with USAID Project for Competitive Economy on inducing export, stimulating innovation and driving investments to better position Serbian food brands and products. These three companies were awarded for outstanding contribution to the competitiveness of the economy, within their industries:

The ceremony at BelExpo Center was attended by close to 400 members of the SAM and guests from business, political, cultural and media life, as well as representatives of the associations of managers from the region.

Please find the list of the winners here: http://www.sam.org.rs/sample/aktivnosti/28259/nominovani-u-kategoriji-mladi-menadzer-godine-2019.html

A fair BREXIT and open doors for BRENTRANCE