Members’ news from the CEC newsletter 109: 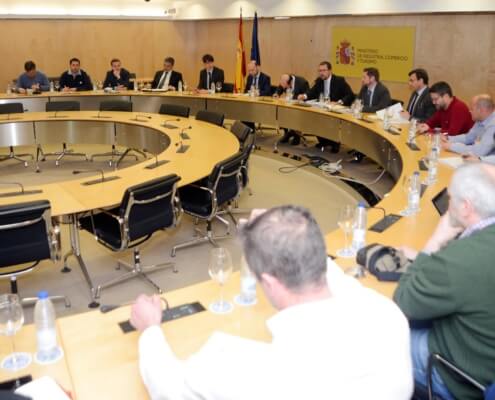 Negotiations hosted by the Spanish government

Secretary-General of CCP, Juan Antonio González, and representatives of CCP Alcoa have participated in the negotiations hosted by the Spanish Ministry of Industry, Commerce and Tourism. The deal permits a secured future to the workers and their relatives.

The corporate crises of Arcelor Mittal, Alitalia, Whirlpool and Fca-Peugeot are clear signs of a disconnect between Italian politics and the global economy, between the moment of decision and the consequences that this causes in civil society, in the world of production, in businesses, in finance, in the life of citizens. Crises cannot be left unresolved for very long times or dealt with in unclear regulatory frameworks. In companies, such behaviors are not allowed and even contradictory to normal management practices. The problem today are the different time horizons of the political and economic world.

This was the message sent by CIDA to national press. Against that background, CIDA stressed that managers are trained to develop complex strategies, calculating their risks, to avoid or reduce them. They have the necessary skills to pursue goals consistently, to work as a team and to deal with crisis situations. Moreover, they have the ‘pulse’ of the economic situation: locally, working on the territory, nationally and internationally because managers are now part of a global economy. Unfortunately, the dialogue between trade unions and the government does not foresee a place for managers..

CIDA’s contribution to political deliberation is aiming at the good of the country, at economic growth, as the only way to overcome inequalities, and to overcome underdevelopment.

The umbrella organization of the German management associations ULA welcomes the proposed reform of the retirement provisions through more occupational and private provision, including the strengthening of Employee Share Ownership. Nevertheless, the new regulations include light and shade. “In principle, we consider the recognition of lifetime benefits linked to the basic pension to be fair,” says ULA President Roland Leroux. However, we see the ongoing weakening of the equivalence principle as highly problematic.”

The increase in the tax exemption for the acquisition of employee share ownership from EUR 360 per year to EUR 720 per annum is a first step in the right direction. The ULA has taken a broad-based initiative to help workers become more involved in the growth of their businesses. Even after the current increase, however, Germany is still at the bottom end of the promotion of our neighboring countries. From the point of view of the ULA, it is necessary to gradually increase the allowance to a European average.

The ULA has recently adopted a comprehensive positioning on the “requirements for a future-proof retirement provision”, which includes many measures and recommendations. The position paper was sent by invitation of Federal Minister of Labor Hubertus Heil MdB as an official contribution to the debate of the executives of the government commission “Reliable Intergenerational Contract” as well as other decision makers in politics and associations. 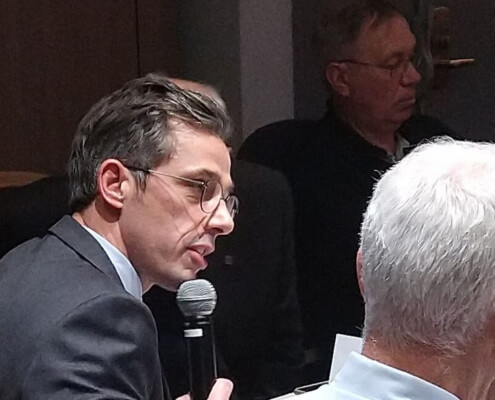 “I am very honored to have been elected Presient of FECEC in Saint-Malo on 22 November. At this occasion, I would like to thank Jean-Marc Guegen for his and his team’s work. He will continue to be at the service of our organisation, as honorary president.

FECEC has been created in 1989 and celebrates its 30th birthday this year. Our member organisations have a total of around 60 000 managers and technicians from banks and financial institutions in 8 European countries. We have built strong relations at international level, through FICEC. We have contributed to Finance Watch and have even been among its founders. Our strenght is to be able to mobilise expertise. I am thinking about the resources we have inside our organisation like members of central banks or IT experts who can help us to better understand digitalisation and its effects.

We are also present in European Works Councils, will sign new agreements and ensure their respect. We will raise our voice for our messages to resonate at the highest social dialogue level through our membership in CEC European Managers, European social partner recognised by the European Commission. We are close to the managers on the ground, but are also where many decisions are taken, in Brussels.

I hope that FECEC will become an unavoidable stakeholder by integrating a larger number of European banking federations. Of course, this should not be an end in itself. Following the statutes, I would say that we are precisely doing what they foresee: we fight daily for our members by creating a European platform to exchange best practices and information and by creating a place of solidarity supported by strong human values. The objective is to have an analytic and competitive understanding of our sector. Based in Europe, but open to the world within a globalised economy.

There are also challenges. The paradigm shift for European finance, I am thinking about recent EIB decisions and the European Green Deal, is also reflected by a growing number of citizens, particularly engaged younges ones. We can take the lead and challenge the industry on things related to corporate sustainability. And how do we ensure decisions of DG FISMA do not in the end benefit Chinese or American companies, and thus jobs? We have also to be aware of the policies led by the European Central Bank and by the impact of the European Banking Union. I won’t come to the most pessimistic projections of job losses in the banking sector, but we know the tendency. Here, we also have to take a position and inspire our members with topics ranging from the future of work to digitalisation and AI.

I feel a great responsibility when considering our heritage, but also for all the colleagues in Europe that count on us. Surrounded by a motivated team, I’m confidently looking into the future.”

For liberty, for values and for future – the new European Commission takes...
Scroll to top