You are here: Home1 / Positions2 / Our Topics3 / Europe4 / Summer debate on the future of Europe

Ludger Ramme, President of CEC European Managers, launches the debate by sharing his personal opinion on the topic. We invite all interested managers to contribute to this fundamental discussion, by commenting in the comments section of the article. The debate will run until the end of September 2017*.

Back to the roots 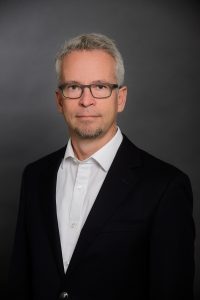 Yet another crisis has added to the financial and economic crisis: an identity crisis. The founding idea of Europe has, however, not lost any of its attractiveness. We now need to revert to its fundamental values – and insist on the social and political responsibility of industry, associations and leaders.

Ailing banks, mass unemployment, state failure and tax increases, the devaluation of savings in the North and, finally, the Brexit: Europe is in crisis. But the problems we are currently facing have their origins much earlier. It is worth to examine the background of these events.  Only if we understand the reasons of the crisis, we can find a solution. Leaders have a particular responsibility in that regard.

How did the crisis develop? The increase in the number of Member States and the increase in economic differences have already made it difficult to keep the Union together for almost twenty years.

The management of the EU has become even more complex with the introduction of the Euro, because different levels of integration existed.

Political folly has added to the situation – for instance, when Greece has entered the Eurozone despite missing the criteria by far. Finally, and ironically, it was a German government (together with France) giving a heavy blow to the principle of contract compliance by ignoring the Stability Pact.

Then the eastward enlargement: the new Member States based their membership on completely different motives than the founding states of Western Europe. They were interested in military security, economic support and perspectives of the market economy.

The other matches were not as big. And also the democratic traditions were less consolidated.

Those who needed more indicators for the coming crisis found it in the failure of the Lisbon Strategy and the “Europe 2020” Strategy. The Commission had ambitiously declared to make Europe the most performing region of the world within certain deadlines.

All these targets were missed – resulting in an important image loss, also due to the inability to recognise own mistakes. Yet these factors are actually demonstrating the robustness of Europe – they were not enough to make the EU break down.

A variety of external factors were needed to clearly expose the EU’s weaknesses: The global financial economy spinned out of control after the subprime shock, banks were saved, states indebted. Financial bailouts and budget restrictions could initially prevent the collapse, but eventually led, however, to stagnation and unemployment, political polarisation and extreme voting behaviours. The provisional end of decline was the refugee crisis in 2015. Without sufficiently coordinating with other EU Member States, the German government opened the state borders and around one million refugees arrived in Germany. The majority of other EU Member States was not willing to discharge Germany with this immense task.

And even today, the European resettlement and relocation schemes are an insufficient substitute to a coherent European refugee and migration policy. Instead of creating mutual solidarity, problems are outsourced or the fault given to other Member States.

This lack of solidarity, paired with political short-term tactics of national politicians attributing the fault of almost anything to Europe leads to a dangerous mix of disinformation and dissatisfaction with the current state of play. Successes in the domains of free circulation, travelling, commerce, VET, single market are not newsworthy.

Nevertheless, the idea of European unity, when reduced to its origins, has not lost any of its attractiveness.

We shall not forget that it was born out of two world wars, death, flight and expulsion of people. It is bewildering how little the new protagonists of nationalism have internalised these existential experiences. The statesmen of the fifties, who have built the Union upon peace, liberty, social balance and compromises, were equipped with greater farsightedness.

Apparently, the argumentation with the historical context is no longer enough to create enthusiasm. We need to create a new narrative, a promising story of the future of all people in a united Europe. This process needs to include all state and social levels – up to schools and associations. Digital networking can make this happen. In this process, managers have a particular responsibility due to their position, competences and strategic importance.

Looking back in history, we can see how fundamental assuming political responsibility is for public and private leaders. When leaders ignored their political responsibilities, for instance during the Nazi regime, no one else was there to prevent the course of the dehumanising and antidemocratic process. Naming problematic developments and creating solutions through dialogue becomes thus a central virtue for all of us, independently of the context. Besides leaders, also public media can do much more to inform about Europe and its advantages – like some private companies benefiting from the Common Market do.

However, formulating a vision for Europe should not mean to set unrealistic goals. To create trust and a new identification with Europe, attainable projects should be formulated and implemented in a comprehensive manner. In the beginning of the EU, the intelligent self-restricting principle of subsidiarity was introduced: on community level, regulatory competence was only attributed when the concerned domain could not be regulated in a better way on national, regional or local level. Once the principle regains more attention, the allegation of regulatory frenzy will become obsolete.

A renewal of the European Union can only begin, when we are clear about the basics and the impact of our project.

We have to better align the values of freedom and social balance with concrete policies. In that regard, the European Pillar of Social Rights is a necessary step for guaranteeing upwards convergence to all European citizens.

However, we also need to ensure that necessary regulations at European level, or social rights, are effectively implemented in the Member States. We need to further strengthen administrative cooperation and best practice sharing by ensuring that the means for implementing necessary policies are a given. Only by creating modern frameworks for private and public development, we can avoid a top-down approach that is increasingly being criticised throughout the continent. Subsidiarity also applies to the means and procedures of policy-making. In a lot of domains, we can be proud of what the European institutions achieve through compromises. We can, however, not allow ourselves to waste the knowledge we have at European level by ignoring its use at other levels.

In the end, the success of the EU can be resumed to finding a better match between realistic ends for all and specific means for those who need to achieve them. The right spirit for a stronger, fairer and freer Europe is still there – what we need now is to remove the barriers to its potential. At all levels. By assuming our responsibilities as citizens and as public and private leaders against destructive tendencies

Participate* to the debate by loging in and sharing your opinion about the general future orientation of the European Union. If you wish to contribute, please focus on the institutional setting, role and general vision for the European Union.

*Disclaimer: Opinions expressed on this site do not necessarily reflect or represent the views, policies or positions of CEC European Managers. CEC European Managers reserves the right to not approve comments judged inappropriate, discriminatory or irrelevant to the topic. Photo credits

Connected leadership needed in a changing world
Scroll to top