You are here: Home1 / News2 / Events3 / CEC at the Tripartite Social Summit 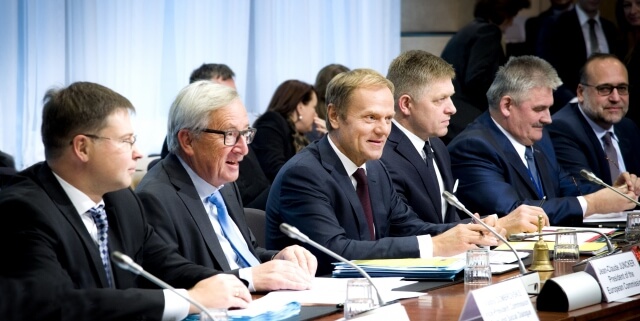 CEC European Managers participated to the Tripartite Social Summit, exchanging on topics like the Brexit, among others.

The works of this session were organized around three main topics, which added to a general discussion about the current challenges of Europe in the light of “Brexit” and the future of Europe. The three issues that were covered by the moderated discussion were an analysis of the challenges in view of the Annual Growth Survey for 2017, the contribution that social partners can give in implementing the New Skills Agenda launched by the European Commission in June and finally a debate on the socio-economic integration of migrants.

CEC European Managers was represented by Luigi Caprioglio, the Secretary General. In his speech, Mr. Caprioglio briefly reviewed the main aspects of the current socio-economic situation, characterized by a very weak economic recovery and growing disparities throughout countries, underlining how the European Union must focus on re-estabilishing growth and increasing citizens’ confidence in the capacity of the European institutions to deliver tangible results. Finally, he highlighted the specificity of managers as “bridge builders” between workers and the upper management, which gives them a better capacity to understand the needs of both sides and faciliate dialogue. A capacity that managers are willing and ready to put to the service of public authorities and the society as a whole.