Please find the members’ news from the newsletter 107 below: 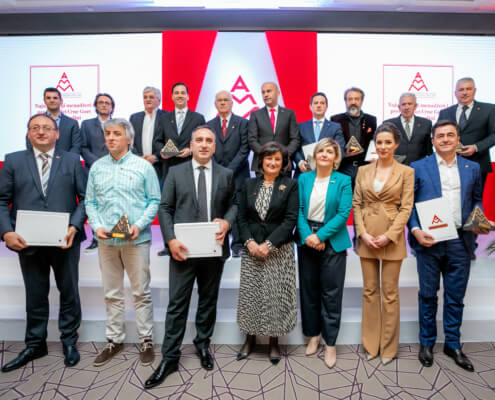 The winners of the awards

In April 2019, AMM assigned awards to the most successful managers and entrepreneurs of Montenegro for 2018 in nine categories. The winning managers of the year in the various categories are:

The enormous competition and interest of managers and entrepreneurs, the support of the Government and the most important business organizations, have confirmed that the annual AMM award has become one of the most prestigious business awards assigned by the profession. 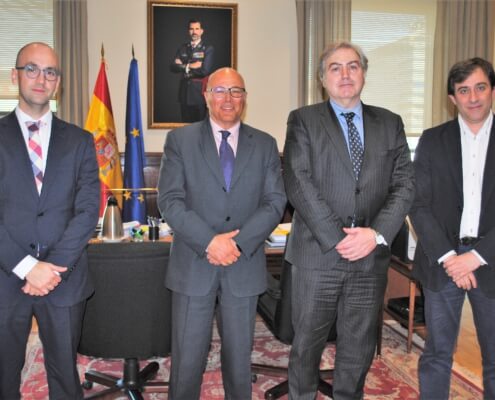 The Secretary of State for Defence, Angel Olivares, met with CCP Secretary General, Juan Antonio González, as well as Fernando Quesada and José Javier Almendros from the independent trade unions of professionals in the Airbus Group, SIPA (which is a member of CCP).

During the meeting, CCP and SIPA underlined the need for a credible, ambitious and integrated National Strategy for both the defence and civic aerospace sector, including space and helicopter technologies. Such a strategy will prove key to ensure a future for the sector and its employees in Spain.

Today the sector counts more than 100 000 direct and indirect employees with a 30% share of young workers below the age of 30 in Airbus alone.

The Secretary of State recognised unmet expectations regarding such a strategy, while lamenting the absence of a new European programme for defence.

Myths and realities on the sustainability of mutualist health care systems

As the managers of the mutualist SAMS Quadros, we share some observations on the myths and realities that health care subsystems face in Portugal.

Firstly, no subsystem will be viable in the mid and long-term without the SNS (National Health Service) as its first provider of primary care. In their essence, subsystems are and always will be complementary to the SNS.

The second reality is that, health care expenditures are increasing between 4% and 6% every year across the OECD, as a result of aging of societies and more innovative medical techniques. In order to accommodate this tendency, it is necessary to increase the involvement of beneficiaries in preventive medicine, copayment and in the validation of curative medicine practices, among others.

Third, all subsystems must possess a body of clinical consultants that help detect fraud, prepare technical negotiations with health care providers and verify the reasonability of acts that should be subject to preauthorization.

And what about the myths?

The first, and probably the most ingrained, is the myth of free things in health care provision, both in the social and private sectors. This opens the door for this illusion to be subsidized, with absurd prices of medical drugs or consumables administered in an hospital environment.

The second myth is that of believing that medical work can be poorly paid, placing it at the level of the hourly pay of low-qualified workers. Today’s fees do not cover necessary investment in facilities, diagnosis equipment and support personnel.

The most dangerous myth, however, is that of believing that a demographic renovation ensured by prospective new beneficiaries will allow for the aforementioned realities to be ignored.

The Finnish EU presidency – a remarkable approach for a future-oriented U...