You are here: Home1 / Positions2 / Our Topics3 / Europe4 / An application of Positive Leadership to the crisis-shaken European Un... 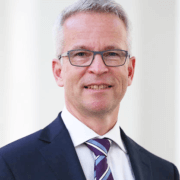 Following the election of a new European Parliament by European citizens in May, we have now a new Commission President, Ursula von der Leyen, as the face of the world’s second largest democratic bloc. In times of complex, interrelated challenges, it is not only about setting the right priorities, but thinking them well together, delivering on them constructively and communicating adequately. The lessons of the first half of the 20th century should be a striking warning to all people holding responsibilies in business and politics. We cannot let fear and destructivity reign over the EU. In short, is it about cultivating a leadership culture fit for a crisis shaken world and EU.

In this respect, positive leadership can be seen as one of the “shooting stars” among leadership models. Its universal concept makes it attractive for processes in which the human plays an important role, also beyond companies. Families, schools, associations, but also important political challenges fall within its domains of application.

Until not too long ago, the EU was a prime example for a peace-making, successful and highly attractive societal model that has learned its lessons from two devastating world wars. With its promise of peace and growing wealth for all, politicians have gained support by the people of Europe. The EU has grown to 28 member states with around 500 million inhabitants. 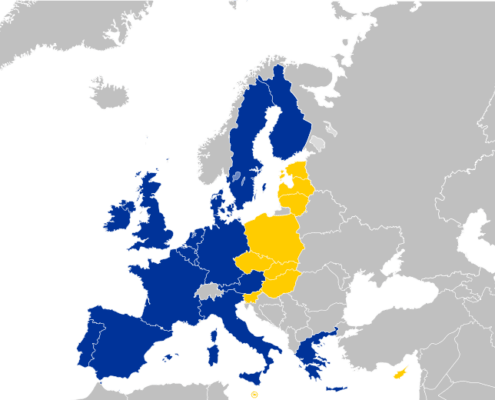 From 2005 onwards, some kind of “hangover” has kicked in. Several negative factors can explain the failure of promises that have not lived up to reality. Underneath the surface, a tenacious egoism has driven many to try get more out of the EU than investing in the common project.

The hasty introduction of the Euro in some member states has been another harmful factor. Some have not disposed of the necessary economic power and there has never been a common fiscal policy. After the subprime crisis, the EU’s image has taken serious damage, starting to drift to a negative perception. In parallel to the eurocrisis, there have been some other disappointments. For instance, the new South-Eastern member states also saw the EU as a means to redirect foreign direct investment to the region.

The crisis however led to a decrease in investment and confronted these states with the need to contribute to the EU by themselves. At the latest in 2015, when no common response to the incoming refugees could be found, we can speak about an EU in crisis. The strengthened far-right and outright “Eurobashing” have followed. One can get the impression that politicians, overwhelmed by the complexity of problems, have withdrawn to their national arena. Today, we can only hear rowdy critics or deafening silence.

It is precisely at this point in time, where we should ask if and how much responsibility leaders in politics and economy have for solving this European crisis. And if they do: which leadership instruments are necessary to bring the European ship back on the right course? I will argue that positive leadership can be a contribution of managerial stakeholders to get the EU out of the crisis.

But let’s start asking why also companies should take responsibility for a better future of the European Union. The answer seems crystal clear: after all, companies, and particularly large ones, have benefitted most from the free circulation of goods, services and people. From there, we can derive a responsibility to take particular efforts for the conservation of the EU. Without it, they face existential threats.

Looking back to the seizure of power by the national socialists in 1933, it seems of utmost importance for companies to take responsibility over democratic values, for which the EU stands like no other in the world. More precisely, I refer to company owners and executives, but also politicians.

PERMA LEAD – the key to a positive future of the EU

Managers and politicians should assume their responsibility and make a positive future of the EU their personal case. By assuming an active leadership role, they can constructively influence the political development with the PERMA Lead model. 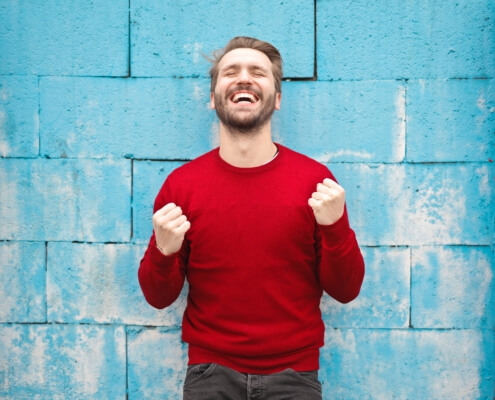 Leaving place for emotions is important

Citizens have to again associate the EU with more positive emotions and confidence. The EU shall stand for a better future in ecologic, economic and social terms. Entrepreneurs and managers can already highlight the EU added value for their business with EU partners. They can explain how European cooperation ensures peace and thus safeguards prosperity. Moreover, they can encourage employees to participate in exchange programmes. Also the media should assume responsibility by highlighting the smaller and greater successes of the EU and not only insisting on scandals and negligence. Of course, it is also important to be transparent about and discuss them, but the focus shall be on the solutions to avoid remaining stuck in a problem-framing and, potentially, emotions of fear and distrust.

The EU affects us all. We are part of the European project. With this attitude, leaders can set the tone. The advantages of the single market and the legal framework did not appear from nowhere. Despite that, many people take this status quo for granted. By engaging for the European idea, managers can inspire employees and their social environment to become active themselves. Considering the education, language skills and mobility of the around 10 million managers, they appear to be in a privileged position to convince for the EU.

A great contribution to the post-war reconstruction efforts were based on the establishment of personal encounters. The oppressed people wanted to alleviate century-old conflicts by collaborating peacefully. Visionaries of a peaceful Europe took the lead and established first contacts. Through trustful and sustainable relations, conflicts could be managed around negotiation tables instead of war fields. Also managers’ associations came together under one roof to create the predecessor of CEC European Managers. Leaders will bring the concentration on personal relationships back to the centre of activities for good reasons. It is precisely here that digital technologies reach their limits. Nothing can replace a personal chat, a well-placed joke or a sympathetic smile. Humans remain emotional beings that react to respect, friendliness, politeness and compassion. How easily that can be destroyed has been impressively demonstrated by the president of one of the world’s superpowers. Leadership in the sense of humaneness and attention will become a factor of competitiveness in the digital age.

M – meaning: understanding the sense of the EU

The population of EU member states do often not understand many issues – for instance how the EU affects their daily lives. At schools, too little time is dedicated on understanding the EU. Concretely, without the EU we wouldn’t have the choice of foods we enjoy today. We wouldn’t benefit from the freedom to travel easily from country to country or to go abroad for a study trip. For the sake of raising awareness, a common European holiday or for instance education voucher for all EU employees could be possible tools. CEC has published some of its concrete ideas for the future of Europe in its “A Europe that lasts” document.

A – accomplishment: honor and demonstrate what has been done

Finally, it is a challenge for each leader who engages for the future of Europe to appreciate the steps towards a reformed EU while highlighting its successes. Positive trends and developments should be shown and acknowledged. Die accomplished should be understood as a common effort of all.

In conclusion, the EU has for too long been understood as “something else” that doesn’t require to be discussed, shaped and developed. It is only by talking about it, highlighting its benefits and challenges, but above all, by realising its potential that the EU will regain in legitimacy and deliver on citizens’ needs. EU leaders in private and public sector have a particular responsibility to invest time and energy in better communicating about the EU, highlighting its meaning and share a positive, future-oriented narrative. Without such a narrative, we risk entering again a spiral of fear and destructivity that will eventually be reflected in policies at the detriment of our European values of sustainable progress, human rights and freedom.

Let’s shape its together – it’s our Europe.

#ManagersForFuture ask ‘how’ we will manage the sustainability transiti...
Scroll to top