You are here: Home1 / Europe2 / Czech Presidency of the Council of the European Union: Rethink, rebuild,...

CEC European Managers welcomes the new Czech Presidency of the Council of the European Union starting on 1 July 2022. The programme identifies priorities in various areas such as the management of the refugee crisis and the post Ukraine war recovery. It also emphasises on energy security for the European consumers and proposes to strengthen Europe’s defence capabilities. Finally, the activities will contribute to the building of a more resilient European economy but also to revalue the democratic institutions of the EU and their role.

In the current context, much is at stake for the European Union and its Member States. The ongoing war, the humanitarian and economic crisis that follow will certainly push the presidency to provide adequate and powerful responses. 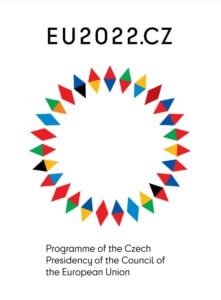 “Europe as a Task”

For the next six months the presidency will want to lead the EU towards reaching their long-term goals of achieving the green and digital transition but also to deal with the current security, energy and humanitarian crisis that is affecting Europe.

The Czech Presidency’s actions will focus around:

The new presidency will ensure Ukraine’s sovereignty and integrity by strengthening the sanctions but also towards reaching a consensus on the granting of candidate status to Ukraine.

The Czech Presidency will lead the EU to break its dependence on Russian gas, oil and coal. An emphasis the RepowerEU plan and its implementation will guarantee energy security across the EU.

With the current situation, the Czech presidency will focus on its partnerships with NATO to reinforce security and defence capabilities in the EU. They will also work to develop long-term cooperation for strategic military systems.

One of the priorities will be to build and strengthen the strategic resilience of the EU especially regarding their own production capacities. The Czech presidency will conclude trade agreement with democratic states and deepen transatlantic cooperation.

Another pillar of its mandate will be to focus on democratic resilience and to enhancing democratic values. The Czech presidency will notably open dialogue with, building on the outcomes of the the Conference on the Future of Europe to create further opportunities for dialogue and involvement of citizens

Finally, the Czech Presidency will continue to reinforce social dialogue and promote strong packages for gender equality. For instance, the presidency will work on the Pay transparency Directive and will negotiate with the Parliament. It will also work on domestic and gender-based violence and continue the negotiations on the Directive for fighting against women and domestic violence.

Read the programme of the Czech Presidency

EU social partners agree on their joint policy agenda for the next three ye...