You are here: Home1 / Europe2 / Views on the French Presidency, what can we expect from this mandate? 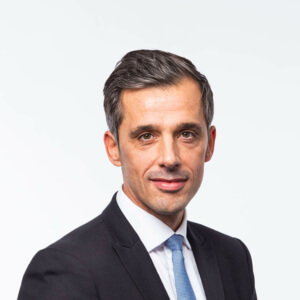 This article was written by Maxime Legrand

January marks the start of a new year with new resolutions and projects, in Europe it also marks the beginning of a New Presidency of the Council of the European Union, this time it is France’s turn to preside.

Domestically, the Presidency got off to a flying start, with several famous monuments dressed in the blue of Europe. Those who have had the chance to see the Eiffel Tower virtually painted with Sapphire blue and European stars, know the thrill that this view can provide.

When a few months ago a journalist asked me about my expectations of this French presidency, I answered that, despite the best intentions, (and we all know how convinced a European the current French president is), it could be negatively biased by the presidential election in France, which will take place in the first half of the year, precisely on 10 and 24 April. Facts did not take long to prove me right, since already on January 1st  several candidates for the presidential election were quick to criticize the choice of the French government to celebrate this presidency by flying a European flag under the Arc de Triomphe.

In short, it will be necessary to deal with this calendar in the hope that whatever the result of this election in France,  the country will able to ensure continuity until the handover to the Czech Republic on the 1st July of this year. It is all the more important that this French Presidency is launching a new trio which will end with Sweden in the first half of 2023. This is important both for a number of very concrete issues, because the French program is ambitious, but also, because France has the responsibility to drive political decisions, chair working meetings between Member States and above all draw up compromises. Without compromise, Europe would make too little progress.

Then on what subjects does France want to mark its Presidency?

The environmental dimension will be very present, with the French Presidency continuing to promote the Green Deal and targeting its efforts around a decarbonised economy, while preparing for the negotiations of the 27th Conference of the Parties (COP), involving actions in favor of biodiversity and mark its presidency with progress on circular economy. Speeding up the negotiations on battery regulations could be an example.

Social well-being depends on good economic health, and Europe must rise to the challenge of reconciling the interests of consumers, free competition and, above all, industrial independence and the ability to support a European industrial fabric capable of competing on the international markets. In this respect, the French Presidency has great ambitions for the Internal market and Industry. Perhaps because 2022 marks the 30th anniversary of the signature of the Maastricht Treaty (which established the achievement of the internal market), the French Presidency will aim to deepen it to fully cover fiscal and social convergence objectives, and to contribute to the EU’s dual green and digital transition.

In conjunction with the promotion of European values, France will be keen to strengthen democracy. The French Presidency, as co-chair of the Conference on the Future of Europe, will actively contribute to the conference. A report on the work will be presented during a high-level event in Strasbourg in May.

Mirroring the domestic debates surrounding the presidential election in France on security, the French Presidency wishes to commit itself to the reform of the Schengen area, the continuation of work on asylum and migration, and the security of European citizens.

Emmanuel Macron in Strasbourg, France for the presentation of the programme of activities of the French Presidency

And of course, there will be current affairs, such as common defense and security policy, the Space sector and again the wish to make progress in how to finance the future growth, for instance through progress with the Capital Markets Union or deepening the Banking Union. When we see the ECB’s calls for cross-border mergers between European Banks, we think that this file could well move forward eventually.

Regarding the energy and transport sectors, the French Presidency declared its willingness to speed up the development of renewable energy, encourage energy saving and increase energy efficiency in the EU. Rising energy prices will continue to be discussed in depth. It is certain here that France will have to leave a mark of its passage. The price of fossil fuels and its impact on mobility are a source of great discontent, wherever they occur. This is perhaps an opportunity for Europe to prove that it can protect its citizens and consumers from the underlying hyperinflation and the serious implications it could have.

What is on the program for the European social partners?

This allows me to make the link with the final domain, which is particularly important for us social partner, that is employment, social policy, health and consumption. The French Presidency will continue to strengthen social Europe as a follow-up to the European Pillar of Social Rights and will contribute to the achievement of the 2030 targets.

The new Presidency will launch negotiations with the European Parliament concerning the proposed directive on adequate minimum wages in the EU. The CEC has had the opportunity to express its views on this issue. The intentions behind this dossier are known, and so are the objections. We seem to be very close to a solution.

Moreover, the French Presidency will also start discussions on the proposed directive on improving working conditions in platform work. Here again something concrete could be reachable soon, and only by committing a lot of effort.

The presidency will pay particular attention to the issue of lifelong trainings, employment transitions and social dialogue, to provide support as changes are brought by the digital and climate transition. Other important dossiers include women’s economic empowerment, and concretely achieving gender equality, which will be addressed during a ministerial conference on 31 January. The French Presidency is committed to advancing discussions on the proposed directive on improving gender balance on company boards. This is a subject that could be taken forward, because there is still a lot to do, and France has gained considerable experience in this area.

We can see that this presidency is part of a program. It is like a relay race where each runner hopes to receive the baton well and pass it on correctly, while having the opportunity to mark as much as possible the race. It is obviously necessary to display ambitions on the many subjects that make up the European agenda, bringing to life those initiatives that are still blocked. There are also announcements that we do not expect much from. Just consider the very ambitious “view towards eradicating homelessness by 2030”.

In concrete terms, France will certainly be able to leave its mark on topics like minimum wages, platform workers or on social security systems and I hope on women empowerment. This Presidency will certainly give France room for manoeuver, especially since these subjects are very delicate, and positions can evolve in either direction according to negotiations and compromises. This is the whole point of this presidency, which should help Clément Beaune, the Secretary of State for European Affairs, and his teams succeed on issues that he and France have been valiantly promoting for months. And if, thanks to this presidency, France and the French people could strengthen their pro-European feelings, we can only be delighted.

Sustainable Leaders’ Summit: sustainability at the heart of managerial pr...